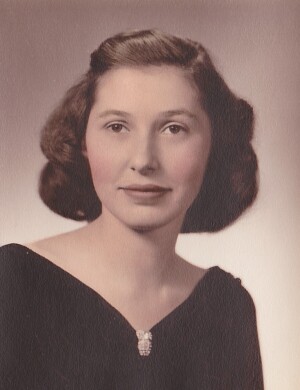 Of Natick died Wednesday, December 15 at Riverbend of South Natick, where she had lived for several years. She was the wife of John W. Chapin, who died in 2014 after sharing 57 years of marriage.

Born to Mr. and Mrs. James and Viola Gourley, in Medford, her mother died shortly thereafter and she was raised by her Uncle and Aunt, George and Essie Young. A member of the Chelmsford High School class of 1949, she then graduated from Lowell Teacher’s College in 1953. She taught elementary school in North Chelmsford for several years, until her marriage. After the birth of their first child, John and Alva moved to Natick in 1958, and never left. She was a very active member of the First Congregational Church of Natick, as a member of their Women’s Union, Circle 13. She was honored to serve as President for her District of the UCC Massachusetts Women’s Fellowship, in 1985. She was also active in several Masonic organizations in Natick, as a member of the Order of the Eastern Star, Social Order of the Beauceant, and served as an advisory board member of Natick Assembly #28, Order of the Rainbow for Girls. In her spare time, she was a substitute teacher in the Natick School System during the 1970s-80s. Always looking for opportunities to serve others, she spent many years as a volunteer for the Natick Chapter of the American Red Cross. She treasured the many friendships she forged through her church, social organizations, and volunteer efforts, and maintained them throughout life, until a prolonged illness prevented her from doing so.

A private family celebration will be held. In her memory, her family asks that you seek opportunities to serve others, read to young children, donate your time and whatever else you can to those less fortunate, and remember that whatever you’ve lost is right where you left it.

To send flowers to the family or plant a tree in memory of Alva L. (Young) Chapin, please visit our floral store.