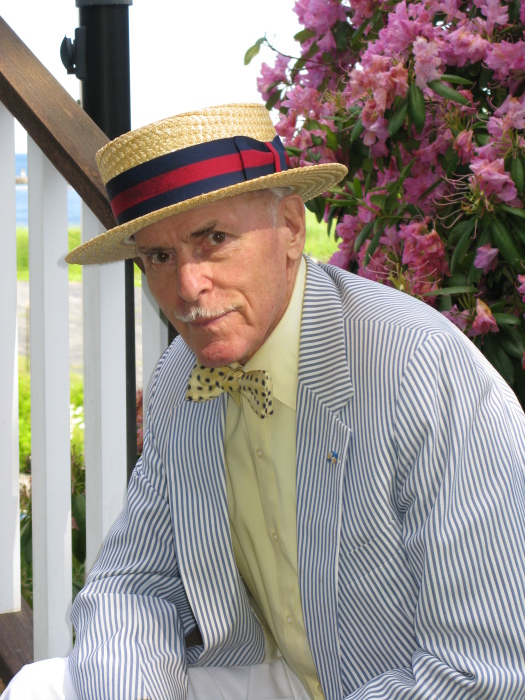 Clarence “Chuck” Barrett, age 94, died on April 4, 2021, at the Mary Ann Morse at Heritage assisted-living facility in Framingham, MA. Chuck was born on June 21, 1926, to Austin and Mabel (Goodrich) Barrett in Athol, MA. Since his father worked for a chain of retail stores, the family moved often throughout New England, New York, and New Jersey while Chuck was growing up. He graduated from Maine Central Institute in Pittsfield, ME, and in 1943 he was accepted into the Army Air Corps pilot training program. He was offered an Honorable Discharge in October 1945 as World War II ended. After working for his father for a few years, he joined the Army and Air Force Exchange Service, managing PX installations in Europe for two years. Upon returning to the United States, he used the GI Bill to attend the University of Maine at Orono, where he met his future wife, Martha Barron. They had three children and divorced in 1982. After graduating from UMO, Chuck worked for four years for Sheraton Hotel as a personnel director, briefly attended Temple University Law School, and then went to work for the Boeing Company. He retired after thirty years, when his position was Far East Director of Logistics. He moved to Portsmouth, NH, living in his grandfather’s house, and began a new career of volunteer work, for which he received numerous citations and awards. In 2000, he moved to Sarasota, FL. Having been a Mason since he was twenty-two, he was active with all the Masonic organizations in the Sarasota area. He was also a life member of Meridian Splendor Lodge #49 in Newport, ME, St. John’s Lodge #1 in Portsmouth, NH, and was a lifetime member of the Sons of the American Revolution. Chuck returned to the New England area in 2017. He is survived by his children: Brent and Kathleen of Natick, MA; James of New York, New York; and Elizabeth of Exeter, NH; and by five grandchildren and three great-grandchildren.

A service summary is not available

Plant a tree in memory of Clarence "Chuck" Barrett

To the Barrett Family, in memory of Chuck and our families’ friendship. Love, Audrey Cooper, Deborah Davis, Marilou Durocher and Lisa Galiano-Kratz

I am so sorry to hear of the passing of your father. I hope that you find peace in this difficult time.

Thinking of you.
Amber and Bob Beach

A Memorial Tree was ordered in memory of Clarence "Chuck" Barrett by Amber and Bob Beach.  Plant a Tree

A Memorial Tree was planted for Clarence "Chuck" Barrett

Plant a tree in memory of Clarence "Chuck" Barrett