Share a memory
Obituary & Services
Tribute Wall
Read more about the life story of Francis "Frank" and share your memory.

The son of Carlo and Rosa (Lagamarsino) Garbarino, Frank was born and raised in Framingham. He attended Framingham schools and graduated from Boston College where he played football. Frank served in the Army during the Korean War, achieving the rank of Sergeant. He was very proud of his military service.

In 1956, Frank and his wife Joan purchased their first home in Natick where they raised their family. They resided in Natick for over 40 years before moving to Naples, FL. During Frank’s working years, he was an entrepreneur owning and operating the Village Car Wash on Speen St. in Natick and Garbo’s Restaurant in Framingham. Frank’s long career in the liquor industry began at Carling Brewery in Natick. He continued his career by working in sales and management positions for several large companies.

Deeply involved with the Natick community, Frank served as a Town Selectman in 1971. He loved politics and used his position to help others.

Later in his life, Frank retired with his wife to Naples, FL. Always looking to help, as well as being an industrious individual, Frank became an event coordinator and fundraiser for Eden Autism Services. He organized charitable events such as golf tournaments, road races, as well as the Naples Art Fest. He raised money to fund new buildings, services and supports for children with autism and their families. Frank was committed to families and children impacted by autism.

During his life, Frank’s greatest loves were his wife Joan, his children and his grandchildren. He loved to spend time in the company of his family and friends whenever possible. Frank loved football and played in high school and college. He was a season ticket holder for both Boston College and the New England Patriots. Frank was an avid golfer and was a former member of the International Country Club in Bolton, MA, and Vineyards Country Club in Naples.

In addition to his parents, Frank is predeceased by his siblings, Roger Garbarino, Catherine Maffei, and Rose LaFrance.

He is survived by his beloved wife of 66 years, Joan (DiConza), of Natick; beloved father of Donna Murphy (Alan Larrabee), Francis R. Garbarino Jr., and Gail Bourque (Mike). Loving grandfather to Caitlin and Cara Murphy, and Danielle and Joe Bourque

For directions and guestbook: everettfuneral.com 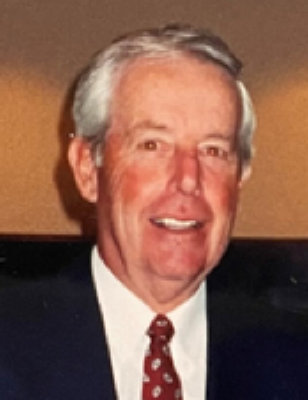