Share a memory
Obituary & Services
Tribute Wall
Read more about the life story of Joan and share your memory.

Joan (Johanna) R. Mathews, 88 of Natick MA died peacefully in her sleep surrounded by her loving family on January 20, 2023.

Born to Irish immigrant parents on April 7, 1934, in Waltham Massachusetts she was the loving daughter of the late Edward Joseph II and Bridget Frances “DoDo” (Regan) Doheny. She was predeceased in death by her sister Mary (Doheny) Burks and brother Edward J. Doheny III. She was also the former wife of Arthur L. Mathews (deceased).

Raised and educated in Natick, Joan graduated in 1951 from Natick High School where she was a cheerleader. “Doe” as she was fondly called by her many friends, could be easily recognized by her quick smile and laughing eyes. After raising her five children Joan worked for many years at the Natick Army Labs Soldier Systems Center. She enjoyed fashion, sunbathing, photography, gardening, shopping & yard sales. She was very patriotic and fond of her 4th of July cookouts at her home. Joan was also an active Natick Town Meeting member for many years.

Joan is survived by her daughter Cindy and her husband David (Yancey) of Natick; sons Christopher and his wife Joanne of Westborough; Teddy and his wife Judy of Pomfret Connecticut; Daniel and his wife Beth of Rochester New Hampshire; and daughter Michelle Mathews of Hopkinton. She was the loving grandmother to eight grandchildren: Brett, Jennifer, and Caitlyn Yancey, Joshua Mathews, Danielle Johnson and Taylor Mathews, and Lindsey and Dustin Pratt. She was also the great-grandmother to Camryn, Rylee, Zoey, Braden, Everett, and Jackson. Joan is also survived by many cherished nieces and nephews.

The family wishes to express their sincere gratitude to the Newton-Wellesley Center for Alzheimer’s Care in Wellesley for Joan’s care in the last few years of her life.

Relatives and friends are invited to honor the remembrance of Joan’s life during visitation hours at the John Everett & Sons Funeral Home, 4 Park St., Natick MA on Friday, January 27 from 4-7 PM. Services will be held Saturday January 28 at 11AM. Interment will be private in the family plot in St. Patrick’s Cemetery, Natick.

In lieu of flowers and as an expression of sympathy the family requests that donations be made in Joan’s name to the Alzheimer’s Association, 309 Waverley Oaks Road, Waltham, MA 02452 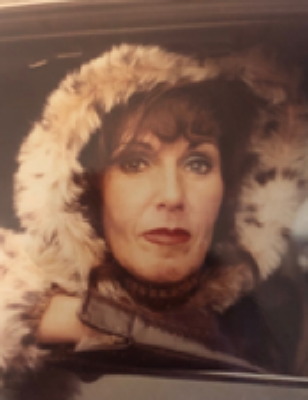