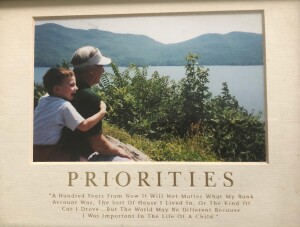 Pete was a life-long resident of Natick who considered everyone he met a friend. He was a 1967 graduate of Natick High School. Pete served as a Green Beret in the United States Army and worked for over 30 years for the United States Postal Service. He returned to school later in life, graduating from Framingham State University in 2019 with a bachelor’s degree in Chemistry.

Anyone who knew Pete knows that to say he was an avid golfer is an understatement. He loved playing tennis and softball, as well as umpiring, coaching, and refereeing. Pete was a member of the Natick Men’s Softball League for many years. He played for and coached “Pete’s Pirates” for George’s Pizza to multiple Division Championships and was named MVP several times. Pete was an E-Mass Senior Softball player for over 15 years and was awarded MVP and the Courage Award.

Visiting hours will be held in the John Everett & Sons Funeral Home, 4 Park Street NATICK COMMON  on Friday August 6, 2021 from 4-8 PM. A funeral service will be celebrated in the funeral home on Saturday August 7, 2021 at 11 AM. Burial will be private.  The Saturday service may be watched live via the John Everett & Sons Facebook page.  Visit Facebook, like our page, and you will be notified as soon as we go live for Peter's service.

In lieu of flowers, donations may be made in Peter’s memory to the National Kidney Foundation, 209 West Central St. Ste. 220, Natick, MA 01760 or visit www.kidney.org; or to First Tee Massachusetts, 300 Arnold Palmer Blvd, Norton, MA 02766 or visit www.firstteemass.org.

To plant a beautiful memorial tree in memory of Peter Putnam, please visit our Tree Store.

A Memorial Tree was planted for Peter

Join in honoring their life - plant a memorial tree