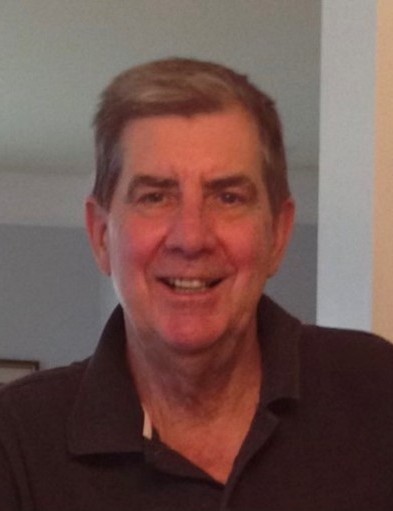 Robert C. Grogan, 75, of Natick and Brewster, died peacefully with his family on Saturday (March 20, 2021), after a courageous battle with idiopathic pulmonary fibrosis. He was the husband of Eileen P. “Tish” (Hamlin) Grogan to whom he was married for 51 years. Bob grew up in Newington, CT, and Bob and Tish raised their family in Framingham.

Bob enjoyed spending summers with family and friends at Brewster on Cape Cod.  Whether sailing, golfing, fishing, riding his bike, playing tennis or just relaxing on the beach, he was always at home on the Cape. Despite the pandemic and his condition, he recorded his first hole-in-one last summer and celebrated with friends.

Prior to his retirement, Bob held senior financial and management positions at major corporations and non-profit organizations for 40 years. Following retirement, Bob and Tish enjoyed traveling to a variety of destinations, especially to the Dominican Republic with their friends. His favorite ones, though, were the many extended family vacations to Hawaii and Aruba with his children and grandchildren. He took pride in planning each one, and everyone has special memories from those trips.  Bob also followed in his father’s footsteps and loved doing puzzles, most recently intricate ones that captured those treasured family memories, which he framed and gave away as gifts.

Bob instilled in his sons the importance of charitable service, giving back to one’s community and raising funds for charitable organizations. He was a five-time rider in the Pan-Mass Challenge before proudly passing the saddle to his two sons to carry on the tradition and raise funds for cancer research. He was also a volunteer at the local food pantry and recognized by the United Way of Tri-County for five consecutive years of service.

Bob loved all things Boston - he was a 20-year season ticket holder of the Red Sox and was excited to hold the World Series trophy in 2018. He also started a family tradition of attending the holiday Boston Pops and, for nearly four decades, he enjoyed the Pops with his parents, children and grandchildren. But, most all, Bob loved spending time with his wife, two sons and their families.

In addition to his wife, Bob is survived by his sons and daughters-in-law, Bill Grogan and Allison Lauretti of Natick, MA; and Sean and Hillary Grogan of Riverside, CT.  Affectionately known as "Papa Bob" by his five grandchildren, he always found time to attend their various games, recitals, competitions and celebrations, no matter the time or the place. Papa Bob will be deeply missed by Lilly, Simon, Erin, Georgia and Gwynnie Grogan.  Bob was predeceased by his parents, Raymond F. Sr. and Virginia Grogan, and his brother, Raymond F. Grogan, Jr.

There will be a private service for immediate family members. A “Remembrance of Life” will be held at a later date for friends and family. The family is extremely grateful to Good Shepherd Hospice for their caring support and assistance during a difficult time. In lieu of flowers, contributions may be made in his memory to the Natick Service Council, 2 Webster Street, Natick, MA 01760 or the Lower Cape Outreach Council, 19 Brewster Cross Road, Orleans, MA 02653.

Plant a tree in memory of Robert by clicking here.
To send flowers to Robert's family, please visit our floral store.

Plant a tree in memory of Robert
An environmentally-friendly option

Plant a tree in memory of Robert

2 trees planted in memory of Robert

Dear Tish,
So sorry to hear about Bob’s passing. My heart goes out to you and your family at this sad time. My deepest sympathy.

A Memorial Tree was ordered in memory of Robert C Grogan by BA Harris.  Plant a Tree

A Memorial Tree was planted for Robert C Grogan

Plant a tree in memory of Robert